You are READY to make your living vision a reality..

… finding balance with the rest of your acting career

And so much more!

"As an actor who gets the work they want by understanding the business of artistry, Elise is a person who is fearless and in control.

Talks with her are not only practical, honest and direct but empowering; not only to act but embrace your best most genuine self." 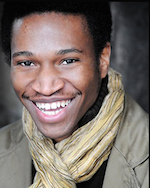 Kim Narrated 24 Audiobooks in Less than a Year!

With my goal of breaking in to the audiobook industry, Elise worked with me on the various technical aspects I needed to understand and perfect – from ways to use the training I already had as an actor, to new and specific skills needed as a narrator. Through my work with her I refined that technique, figured out which genres I was best suited to, made a demo, and crafted reach-out letters. The beautiful thing about Elise is her generosity in not just helping you be ready, but in sharing her contacts. I booked my first audiobook through one of her referrals and am about to record my third audiobook (that's 3 in three months!). [Kim is now at 19 audiobooks and counting!]

If you learned a TON inside The Dream Big, Plan Smart Challenge and are craving ongoing strategy and personalized coaching to help you Work as An Audiobook Narrator + Find Balance with the rest of your acting career, then...

The Momentum Club is THE membership program to help you:

Am I willing to step out of my comfort zone + take action now?

If the answer is YES, then you’re in the right place because
The Momentum Club is now enrolling.

“Before I worked with Elise, I felt clueless about the steps I could take to advance my career beyond training vigorously in an acting class. I was no doubt a passionate artist, but I felt stuck due to a lack of knowledge about the business of acting.

With Elise's guidance, I learned very quickly that the success of my career is within my own power.

Through each session, she gracefully and compassionately helped me to clarify specifc goals and actions, which empowered me to grow beyond my former comfort zone to achieve more. Before working with Elise, I believed that I had to move to L.A. ASAP in order to advance my TV/film career; since working in Power Group, I've booked my first two co-stars in my current location!”

Why You Need This:

I get it: You are an actor interested in A LOT of things but have difficulty focusing on just one. I will help you define what it is you really want, among your narration and other acting goals so that together we can determine where you'll focus this year and how you will specifically and consistently work towards one goal. By achieving goal after goal, you will grow the career that you most desire, and will likely be surprised along the way!

Did you know that you are 9 times more likely to achieve a goal if you invest in accountability like working with a career coach? With three opportunities to connect each month, you will have the ability to check in with me VERY CONSISTENTLY and ask for specific accountability so that you can finally push through whatever has held you back in the past (technology, comfort, not knowing how to get there), so you can can actually hit the acting + life goals that you want most.

There are A LOT of options out there when it comes to building your career as an actor. What makes the Global Actor special is that we don't let our zipcode define us. We move forward through our plan with curiosity and a willingness to see what's in front of us right now, enjoying the process and ultimately looking back on the big strides we've made. Because I don't allow a ton of excuses, you'll notice you're surrounded by other hard-working actors who believe big things are possible, which makes it easy for you to practice a positive mindset.

If you want big success, you've got to be working on your actions AND strategy consistently, and adjusting as necessary. It doesn't just happen unless you
PRIORITIZE it and WORK THOSE MUSCLES.

The Hot-Seat Coaching Call is your time to get direct coaching from me on whatever you’re struggling with. You’ll leave the call with a clear plan and action steps to keep you movin’ and groovin’ towards your next goal with ease. You can share marketing materials, auditions, VO or audiobooks samples, self-tapes or anything else you’d like my feedback on.

This call is the place to show up once a month to share a quick update for accountability, ask me any and all questions that have popped up since last session.

This is your once-a-month Study Hall opportunity. Bring the work you’ve been needing to get done, it may be the reachouts you’ve been putting off, the marketing materials you’ve been meaning to build, etc. During this two hour block, we’ll work in tandem in 25 minute segments. Between segments, I’ll take any questions that are keeping you from forward momentum.

Beginning in January 2021, each month you’ll receive a template for your next month's plan and  you’ll have the opportunity to send it to Elise and her team for accountability and share a check-in at the end of each month. If you don’t hit all you planned, no sweat, just apply for the next month’s Hot Seat Call. Elise will help you regroup and keep charting your path forward!

Would you like to be paired with a partner to get those important daily and weekly actions done? After 3 months in the club, if you’d like, Elise and her team will pair you with another Momentum Club member for the month. Each month you’ll get a new partner to keep things fresh. Optional.

Connect with other members 24/7 online for support and inspiration. 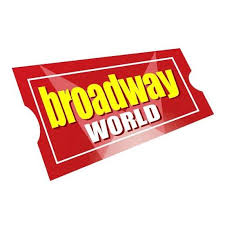 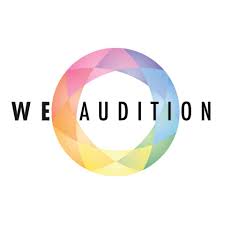